Will Israel Adesanya clash with Anderson Silva at UFC 234? 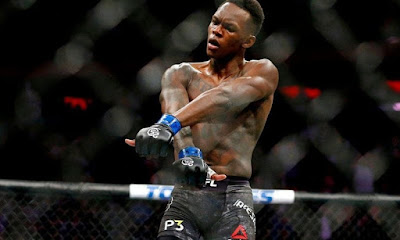 Israel Adesanya had high hopes for his recent business meeting with UFC president Dana White. He’d just starched Derek Brunson inside a round at UFC 230 on November 3, looking a million dollars while doing so, and he’d earned a chance to join White and make a plan for superstardom. Now, with rumors circulating that the middleweight up-and-comer from New Zealand will face Anderson Silva at UFC 234 in February 2019, it seems the first piece of Project Adesanya has been put into place.

On the surface, though, it seems like a one-sided circus –a young finisher with some of the best kickboxing seen in the sport since Jon Jones against an aging, injury-prone former champion who, let’s not forget, hasn’t won a bout since 2013. Adesanya is unblemished at 15-0 and his performance against Brunson showed his improving ruthlessness and ability to take the fight where he wants. In contrast, Silva’s reflexes and talents have plummeted since his two setbacks to Chris Weidman in 2013.

The news about Adesanya’s next move prompts plenty of questions, then: what can the prospect gain by taking out Silva? How can he learn against a shopworn legend? And where will he find the motivation to tackle the 43-year-old? Aside from banging the drum for Adesanya, there seem to be few other reasons for the UFC to make the match.


However, the Nigerian-born kickboxer did tell Luke Thomas of MMA Fighting why he wants this fight. Silva is his hero, he said. His mirror image. He doesn’t ruminate over Silva’s two failed drugs tests either –the second of which the former middleweight king was cleared of any wrongdoing. As such, Adesanya is eager to test his skills against one of his inspirations, a man he’s built up in his head to almost mythical proportions.

Adesanya will also view Silva at UFC 234 as another hurdle on his quest to challenge the UFC middleweight champion, another New Zealander, Robert Whittaker. UFC 234, taking place in Melbourne, Australia, will likely be headlined by Whittaker against Kelvin Gastelum, so it would be wise for Adesanya to make a statement against Silva during a southern hemisphere showcase. Although Adesanya is at least two or three victories away from a title shot, a victory over Silva would make a lot of noise and keep the public debating that all-New Zealand showdown.

Furthermore, despite Adesanya’s superiority, he knows that whatever happens, a battle with Silva can’t fail to be exciting. A decorated kickboxer, the number six rated UFC middleweight can rest assured he’ll be able to flaunt his skills against Silva and keep it standing. The older man rarely attempts takedowns and even since his decline, he pushed Michael Bisping all the way in 2016 before losing a thriller on the cards.


To be fair to Adesanya –and who are we to judge how he plots his career?– he also told Thomas that his management tried to seal a contest against Ronaldo “Jacare” Souza for January. Jacare had to decline while recovering from his bruising victory over Wiedman at UFC 230, but he would have been the kind of opponent Adesanya and White had hoped for. A deadly purveyor of submissions, Jacare has far more cardio and weapons than Silva and could have provided Adesanya with an acid test.

First, though, while we must remember that Adesanya-Silva isn’t a done deal yet, it looks like Adesanya aims to add a little stardust to his ledger by defeating a former pound-for-pound leader. White and Adesanya have certainly hatched a bold plan by targeting Silva, and a small part of this author –deep, deep down in his reserves– is looking forward to seeing the pair dance together and trade on the feet. It grabs the attention and it demands the headlines –that’s for sure– but we should hope Adesanya steps up further after disposing of Silva.

This article originally appeared on The Runner Sports. Sample all of Alistair Hendrie's articles for the website here.