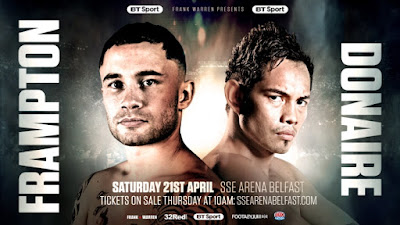 After a chaotic prelude to Saturday’s UFC 223 card in Brooklyn, New York, Khabib Nurmagomedov kept his cool, outpointed Al Iaquinta and ultimately walked away with the UFC lightweight title around his waist. The Russian had to cope with both Tony Ferguson and Max Holloway pulling out with injuries during fight week, eventually using his suffocating wrestling and merciless ground-and-pound to shut out Iaquinta by verdicts of 50-45 and 50-43 (twice).

With that, Nurmagomedov, unbeaten after 26 bouts, remains one of the most destructive fighters in the sport and “The Eagle” now only needs victories over the likes of Ferguson and Conor McGregor to complete his dominance of the division. Iaquinta, battered and bloodied at the nose, was a willing dance partner and in fact asserted his jab and enjoyed fragments of success in the latter stages.

Nurmegomedov dominated rounds one and two, clamping onto single-leg takedowns with brute force and landing cold and clinical strikes from back mount. Iaquinta took the fight on 24 hours’ notice, though, and didn’t go down easily. The New Yorker kept his spirits despite the damage inflicted upon his face, and in rounds four and five he stood and traded punches with his exalted rival. By then, he was nevertheless behind on the scorecards and Nurmegomedov coasted behind his jab to finally win his crown.

In the co-main event, women’s strawweight titlist Rose Namajunas showed that her 2017 knockout of Joanna Jedrzejczyk was no fluke as she flummoxed her rival in the rematch, boxing and moving to take three scores of 49-46. If their first meeting was explosive, their repeat turn was tense and technical. Although it lacked drama, Rose exhibited beautiful technique and head movement in the stand-up exchanges to hold on to her belt.

She darted in and out of range early, with both women staggered during the first major coming-together at the end of round one. As the battle wore on, Namajunas landed the jab from all angles, boxing with speed, spite and an element of craft she hadn’t displayed previously. Although the challenger found the target with leg kicks in rounds four and five, Namajunas adjusted well and saw out her victory with uppercuts and hooks on the counter. Predictably, and naively, Joanna disputed the result, but Namajunas is a cut above the rest.

Brazilian featherweight Renato Moicano enjoyed judges’ tallies of 30-27 (twice) and 29-28 over Calvin Kattar, earning the nod through brutal leg kicks and a varied selection of punches. Moicano upped the tempo in round three, forcing his rival’s back to the fence with vicious hooks, elbows and knees up close. After also shutting down Jeremy Stephens in 2017, the 28-year-old has the cardio, game-planning ability and size – at 5 foot 11 – to make a name for himself at 145lbs.

Meanwhile, Zabit Magomedsharipov’s seemingly cast-iron decision over Kyle Bochniak – 30-27 (twice) and 29-28 – is a new entrant into the list of fights you need to see before you die. Seriously, stop reading this report, find video footage of the fight, and sit back and enjoy the mayhem. Undeterred by giving up five inches in height, Bochniak gleefully rushed into the eye of a storm and ate an array of wheel kicks, switch kicks and spinning back fists. The pace was furious throughout and both men swung wildly in the last thirty seconds, with Bochniak absorbing an onslaught of straight punches in order to land his own haymakers. It’s clear that Magomedsharipov has world class potential and overwhelming physical gifts at 145lbs, but Bochniak is a savage to keep an eye on. Dates with Kattar or Shane Burgos would be thrilling.

Elsewhere on the main card, lightweight Chris Gruetzmacher’s two-round beatdown of Joe Lauzon was uncomfortable to watch, particularly in the second phase when Gruetzmacher’s hooks, knees and crosses smashed through Lauzon’s guard, leaving “Creepy Joe” with a mish-mash of seeping cuts across his face and two purple bruises ballooning from below his eyes. In the end, Lauzon lived up to his moniker and looked like something out a horror movie.

On FS1 Prelims, women’s strawweight Karolina Kowalkiewicz edged Felice Herrig by scorecards of 29-28 (twice) and one 28-29 in the other direction, while women’s flyweight Ashlee Evans-Smith boxed rings around the smaller Bec Rawlings for three 30-27s. Elsewhere, lightweight Olivier Aubin-Mercier knocked the wind out of Evan Dunham’s sails with a body assault in round one, while 205lbs hopeful Devin Clark outdid Mike Rodriguez by two 30-27s and one 29-28.

Let us know who Nurmagomedov should tackle next - Ferguson? McGregor? Or even Georges St-Pierre? - by reaching out on Twitter.